Litecoin (LTC) is one of the oldest, best known and therefore most important global crypto currencies. The Litecoin was launched in October 2011 as an alternative to Bitcoin, which is based on the BTC blockchain in principle, but technically optimized. The main goal of the Litecoin is to provide a digital decentralized means of payment.

With the launch of Bitcoin in January 2009, a new era dawned for the financial world. Computer specialists in particular were fascinated by the idea of having a currency available for the world of the Internet that organizes and authorizes itself in a decentralized manner using block chain technology. At that time Charlie Lee worked at Google and was one of the Bitcoin enthusiasts from the very beginning. He quickly noticed that there would be speed and scalability issues in the BTC code. With this in mind, he first developed a crypto currency called Fairbix, which has since disappeared. But with his second project called Litecoin, Charlie Lee became a superstar of the crypto scene.

On October 7th 2011 Charlie Lee published the open source code for Litecoin at Github, a few days later the network went online. The Genesis block of Litecoin produced by Lee contains a tribute to the Apple founder and mastermind Steve Jobs, who died on October 5, 2011. The privately started project Litecoin has since developed into the fourth largest crypto currency in the world in terms of market capitalization. The breakthrough for Litecoin is often attributed to the fact that Charlie Lee took up a post at the US crypto exchange Coinbase in 2013 and later began to list this LTC. However, Litecoin has also been a pioneer in its history, technically speaking, among the Altcoins that refer to the original Bitcoin protocol.

For example, most recently in May 2017, Litecoin was the first of the major crypto currencies to implement Segwit and the Lightning network. Litecoin has so far been spared from known hacker attacks or serious code errors.

There has never been an ICO at Litecoin. Charlie Lee had initially secured 150 LTC and later on certainly more, but in 2017 he stated that he had sold almost all his Litecoin to avoid conflicts of interest. From the management team at Litecoin, especially chief developer Adrian Gallagher is publicly known. The fortunes of Litecoin are controlled by a foundation (Litecoin Foundation), where Charlie Lee acts as director.

An official white paper on Litecoin does not exist, probably because the differences to Bitcoin were not big. The community sticks to this video from the BTC conference in Miami, where Charlie Lee once explained the Litecoin at a BTC conference. Fun Fact at the same conference Vitalik Buterin also presented Ethereum for the first time.

Differences between Litecoin and Bitcoin

Despite the close relationship between Litecoin and Bitcoin, there are two important differences:

According to experts, Litecoin is technically at the forefront of crypto-currencies that adhere to Bitcoin’s code. Thus, from a technical point of view, no major new goals have been set at present, Segwit and the Lightning network are already integrated, and Atomic Swaps have also already been realized with Litecoin. With the Litecoin Halving in August 2019, inflation will be limited, the code focuses on small things to maintain the blockchain. The next Litecoin Halving should be in 2023. In general it can be observed that many technologies are first integrated into Litecoin before they are integrated into Bitcoin. Litecoin is therefore seen by many as a kind of test environment and Bitcoin’s little brother.

It is interesting to see how the Litecoin Foundation deliberately sets itself up on a broad basis in order to secure itself financially for the future. In this context, the acquisition of the German WEG Bank together with TokenPay and other partners is making headlines. The foundation is also working very actively to make LTC an accepted means of payment in the real economy. A constantly updated list of places where LTC can be used to pay can be found here. These include travel services, books, restaurants and many more.

Litecoin has to face the general criticism of crypto currencies, but is recognized by technical and personal situation in the crypto scene. Due to the faster block generation in Litecoin, so-called orphans (orphan) occur more often, i.e. the situation where two nodes have produced the same block at the same time. An orphan is then automatically ejected from the network and accordingly the Mining Reward as a reward for a node is also missing. This is annoying from the miner’s point of view and secondly, the orphans unnecessarily burden the environment with the computing power and the associated power consumption.

Like almost all crypto currencies, LTC already has to think about how the speed of transactions can be further accelerated in the medium term. With an estimated cost of more than 75,000 US dollars per hour for a 51 percent attack, criticism of this potential stability and security risk is coming to nothing. Proof-of-Work Scrypt also protects Bitcoin’s block chain from a flood attack, in which mass mini transactions are supposed to overload the network. Litecoin charges a minimum fee for each transaction, which would make this attack model intentionally very expensive.

A further point of criticism is that Litecoin is too little different from Bitcoin and therefore there is no real reason to invest in Litecoin.

If you want to buy Litecoin you can do so at so-called crypto exchanges. The largest crypto exchange in the world is Binance. There, crypto currencies are only traded against other crypto currencies like Bitcoin. If you want to buy Litecoin against Euro and that best by credit card, PayPal or bank transfer, you can do that at eToro.

Alternatives to Litecoin from an investor’s perspective

Bitcoin is the gold among crypto currencies, and Litecoin, correspondingly, as its little brother, silver – this sentence is often heard among crypto investors. Litecoin represents the leading Altcoin, which is entirely focused on its purpose as a means of payment. LTC is therefore not directly comparable with Ethereum (Smart Contracts) or the SWIFT alternative ripple (XRP). In concept, Bitcoin Cash (BCH) comes close to Litecoin, so Bitcoin Cash would be something like bronze in the Bitcoin universe. From an investor’s point of view, LTC has often developed best in predefined time periods. The positive future prospects of Litecoin are determined by the fact that the foundation behind it continues its practical commitment to establish LTC as a means of payment.

Three types of wallets are distinguished for crypto currencies: paper, software wallet and hardware wallet. Paper Wallet means that you actually write down your private and public key for your Litecoin address on paper or engrave it on a metal disc. However, with this method you risk losing access to your credit in Litecoin if you misplace your notes or lose your paper in any other way. Handling a Paper Wallet is not easy either, as you have to enter long keys into the computer for each transaction.

Software wallets are wallets that you install on your computer or smartphone. This is convenient for day trading, but for security reasons it is not really recommended. If your computer is hacked, it can quickly happen that you lose access to your accounts. Recommended for Software Wallets is the official Litecoin Wallet, which is available for both your computer and your smartphone.

Among experts, the best option for storing Litecoin funds is undisputedly the Hardware Wallet. These store your private key separately from the Internet. The market leader in hardware wallets is the French company Ledger with the Ledger Nano S and Ledger Nano X. Both models are also highly recommended. You can find a comparison of the Hardware Wallets here. 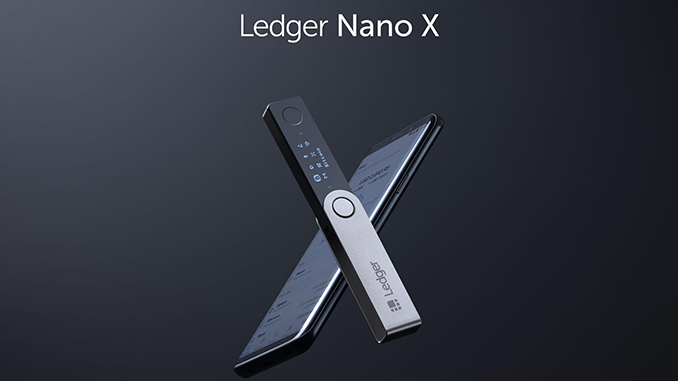 It is no coincidence that Litecoin is the fourth largest crypto currency in the world by market capitalization. With Charlie Lee as the mastermind behind Litecoin, the focus from the very beginning was on working through and eliminating technical limitations in Bitcoin. This has resulted in a large and active Litecoin community that, like the Litecoin Foundation itself, is committed to taking care of and promoting this Altcoin. Because the Litecoin is technically superior to Bitcoin and in many places fulfills its actual purpose as a means of payment, observers see little danger for the continued existence and increasing popularity of Litecoin. In addition, Litecoin has already been in existence since 2011 and thus much longer than most other Altcoins.

Here you can find the current Litecoin price and see how the course has developed.