Turbulence is emerging for Ripple (XRP): The price of XRP falls sharply and crypto exchanges have begun to delist Ripple, background is the official lawsuit of the US Securities and Exchange Commission SEC.

When the SEC published its billion-dollar lawsuit against Ripple (XRP) in the USA shortly before Christmas, it was actually already clear: XRP is being hit hard. In numbers, the price of XRP has since fallen from just over $0.50 to below $0.30 in a crypto market that is in an uptrend due to new all-time highs for Bitcoin (BTC). The SEC believes it can prove that Ripple sold XRP without obtaining approval for it and informing investors about the risks of XRP as a security. Ripple rejects the accusations – but it is pretty much alone at the moment. 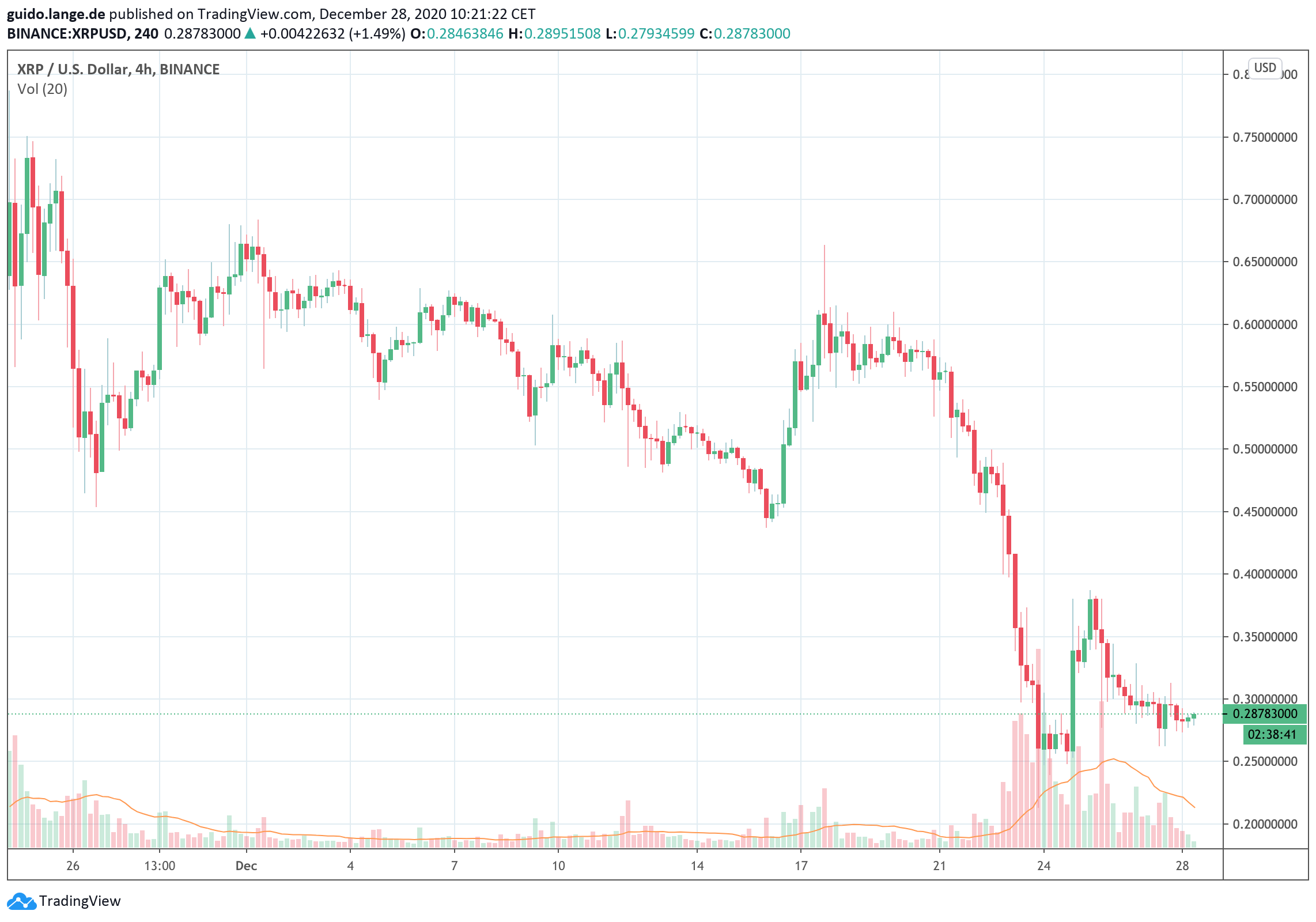 How far the arm of the mighty SEC reaches is shown in the actions of some major crypto exchanges in the matter of XRP. Bitstamp announced it would stop trading and storing XRP for U.S. customers as of Jan. 8, 2021. Previously, Beaxy, CrossTower and OSL had stopped trading XRP as well as platforms Jump Trading and Galaxy Digital. They all apparently fear to be targeted by the SEC themselves because of XRP. Leading crypto exchanges such as Binance and Coinbase still list XRP. Coinbase, which is headquartered in the U.S., could be a shaky candidate, however.

MoneyGram distances itself from Ripple

Ripple’s June 2019 entry into MoneyGram was probably an arranged marriage of convenience anyway, to have a practice example of XRP as a bridge currency for international financial transfers. Now, however, MoneyGram emphasizes in a press release on the clinch between SEC and Ripple: one is technologically not dependent on Ripple and did not use Ripple for private money transfers anyway. Further MoneyGram writes not to be prosecuted by the SEC itself. Support for Ripple and XRP cannot be read out of MoneyGram’s statement with the best will in the world. Rather, it is noticeable that Ripple has always claimed the cooperation with MoneyGram in matters of XRP differently than now described by MoneyGram.

Conclusion: Is XRP falling into the bottomless pit?

Already the crypto year 2020 was mixed for Ripple and now leaves XRP in the rain before the turn of the year. The interim price gains of XRP are already eaten up by the lawsuit of the SEC. The DeFi project Flare with the token Spark, which should create new uses for XRP, has not even started yet. Again, the SEC hangs over XRP like a looming shadow. Whether Ripple can extricate itself from the predicament remains to be seen. But for now, it takes a lot of imagination and optimism to imagine XRP as a strong altcoin again.