Bitcoin reached a new all-time high of over 61,000 US dollars at the weekend. Fittingly, calculations are circulating that ask how many Bitcoin are needed individually to guarantee wealth.

The dream of becoming a Bitcoin millionaire has already come true for many in the past few months due to ever new all-time highs in BTC. Those who are now getting into Bitcoin or rearranging their reserves are also asking themselves: how many Bitcoin do I actually need in order to belong to the financially secure social class in the medium and long term. The answer is often 0.01 Bitcoin, which currently costs the equivalent of about 600 US dollars. But how is a fortune supposed to come from that? 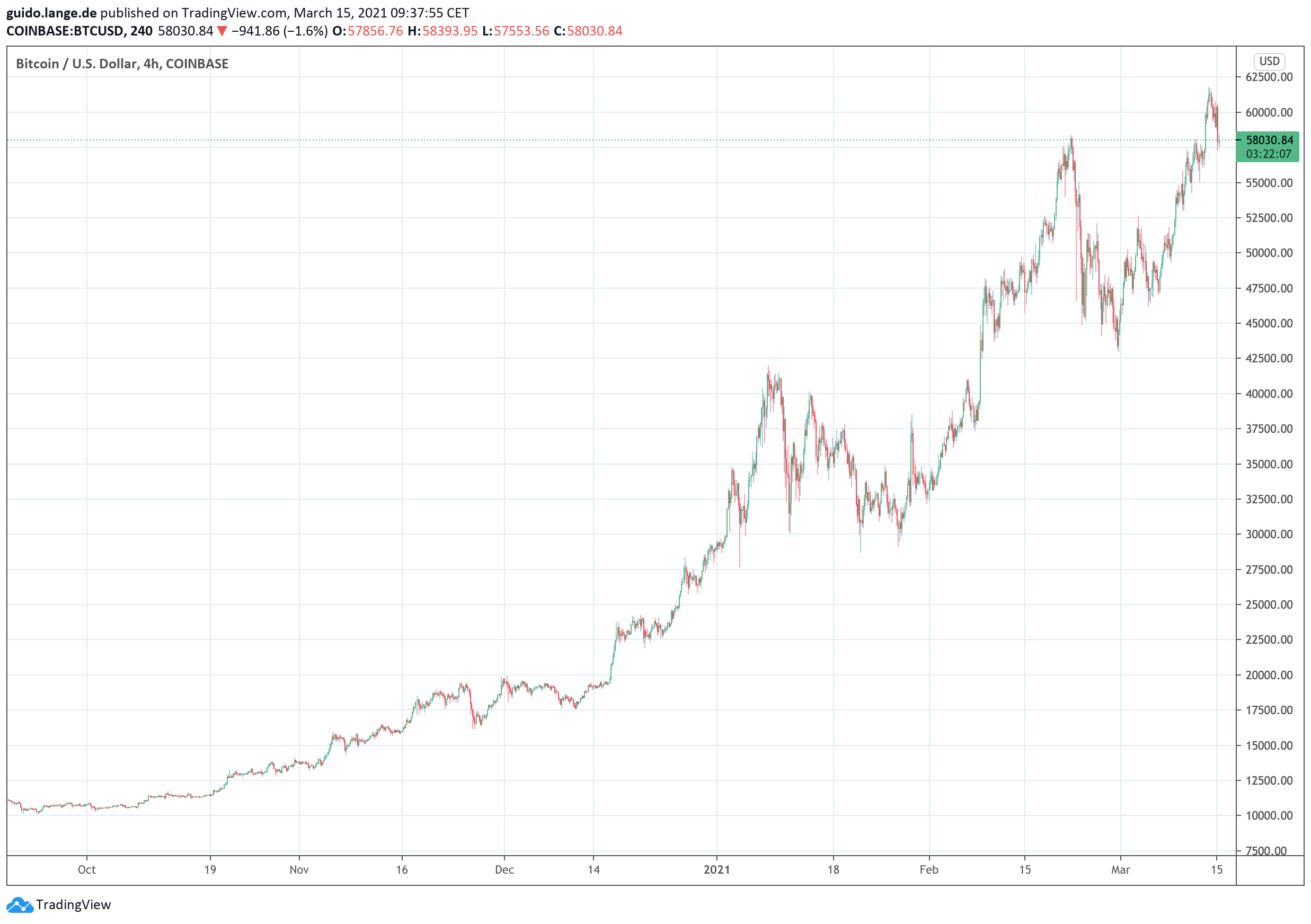 Analysts refer to two decisive factors in their calculations on this. First, they refer to the maximum amount of 21 million Bitcoin. At the moment, a good 18.6 million BTC of this are theoretically already in circulation, and 98 percent of all Bitcoin will have been generated by 2031. The Lost Bitcoins are subtracted from these figures, i.e. all the Bitcoin that have not been moved for many years and to which the owners have probably lost access. Makes in the sum at most 19 million Bitcoin, which are available in the medium term.

In relation to this amount, the theorists put data from studies on the distribution of global wealth, such as from Credit Suisse. According to these, there are nearly 52 million dollar millionaires worldwide and nearly 600 million people with wealth between $100,000 and $1 million. These groups define the 12.5 percent of the world’s wealthiest citizens.

Now here’s the trick of the trade: If the people who have above-average amounts of money at their disposal were to divide the circulating BTC among themselves, each would not even come up with a whole Bitcoin. Depending on the calculation, a maximum of 0.28 BTC and a minimum of 0.01 Bitcoin would be enough to join the group of Bitcoin holders who mark the financial upper class. Now, in parallel, the price of Bitcoin would have to rise to values in the millions to turn fractions of a BTC into a fortune.

Looking at Bitcoin also with sociological methods is an interesting approach. Wealthy people commonly take care of their money matters smartly and increasingly come across the “digital gold” Bitcoin as a store of value with built-in inflation protection. The same trend can be seen among institutional investors. Buying into the group of those who own at least 0.01 Bitcoin with a comparatively manageable 600 US dollars has its charms. After all, herd behavior is not bad per se, but also reflects developments. If it becomes increasingly clear in the coming years that “new” Bitcoin are in short supply, upward price increases in Bitcoin with hardly any limits are within the realm of possibility. On the other hand, one should also keep in mind that it is by no means certain whether Bitcoin will really establish itself as the preferred store of value for the rich and thus strong-buying segment of the population.