The price per troy ounce of gold has been under pressure since Friday and has fallen from over 1,800 US dollars to around 1,700 US dollars. In parallel, Bitcoin (BTC) is once again making news as a store of value and alternative to gold.

The economic consequences of the Corona pandemic continue to be reflected in the price developments of important asset classes. This is being felt painfully by those investors who want to protect themselves from inflation through gold. In the last five days, the troy ounce of gold has lost from a good 1,800 U.S. dollars at times to 1,690 U.S. dollars and is currently settling at a good 1,700 U.S. dollars. At the same time, Bitcoin (BTC) – often called “digital gold” – has risen from around $40,000 to just over $45,000. 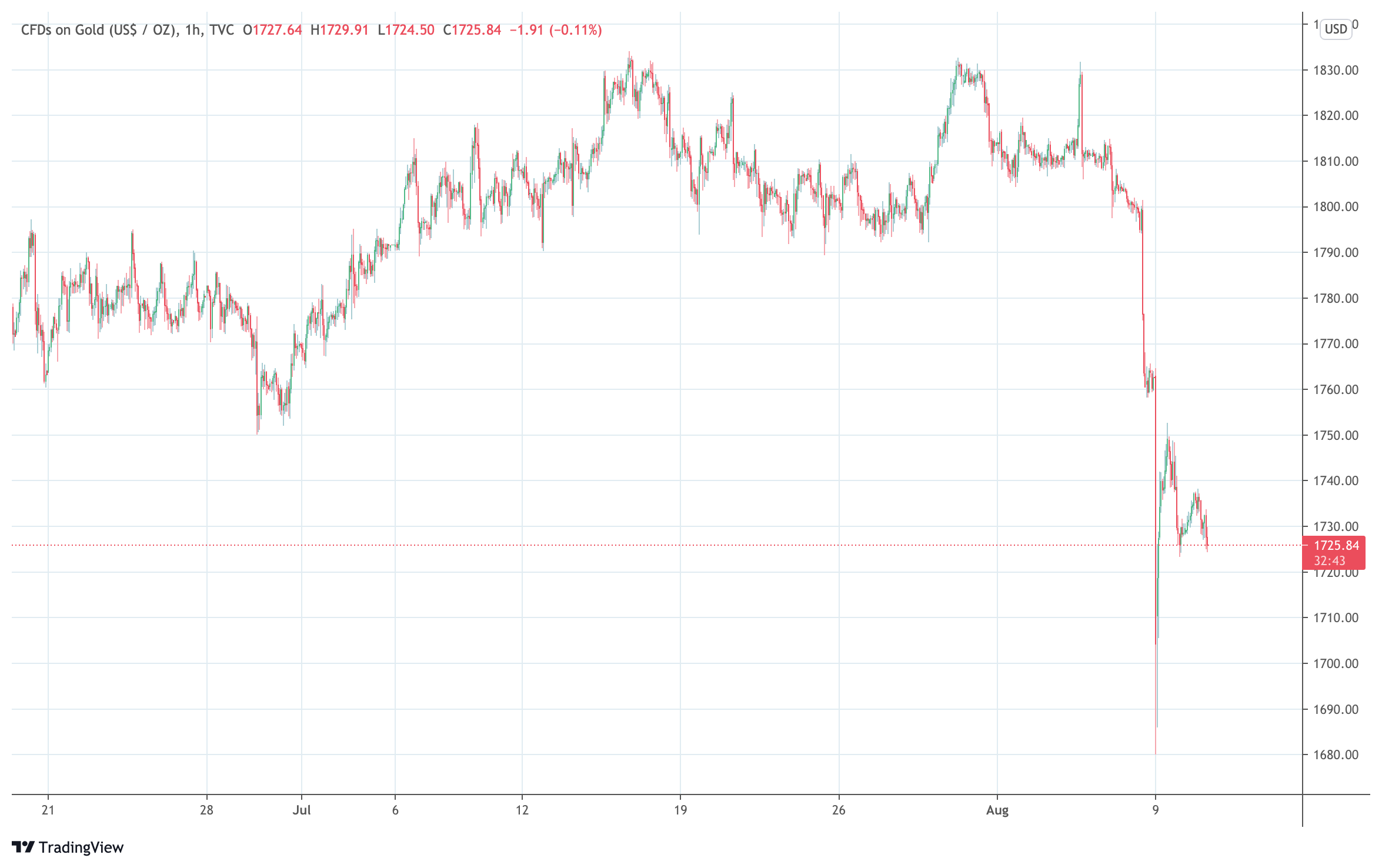 There are some obvious reasons for these opposing developments:

With the motto “Bitcoin is the new gold”, the younger generation in particular is justifying a shift of reserves from fiat and gold in the direction of BTC. When this movement reached U.S. majors in the fall of 2020, led by MicroStrategy, Bitcoin set off on a rally that took it to over $60,000 per BTC by April 2021.

What is happening now can be interpreted as a situation where investors need to readjust their strategies. This is because impetus successes also lead to economic growth in the eurozone and China, combined with significant inflation risks. Thus, investors are asking themselves: Is it already time to get out of stores of value like gold and Bitcoin again and to trust in the policies of central banks, which interpret inflation as a temporary phenomenon? Or is Bitcoin, with significantly greater profit opportunities than gold, still an asset class that belongs in every portfolio?

Scoffers are already joking that gold should rely on the slogan “analog alternative to Bitcoin” in its marketing. However, it still seems premature to do so. After all, the price of BTC has not strengthened as much as the crypto scene had hoped over the past few days. In the U.S., uncertainties about stricter taxation and regulation of cryptocurrencies are fueling doubts that are filtering through to Europe. Nevertheless, the image of gold as a safe haven in uncertain times, which has been cultivated for decades, has been scratched – and Bitcoin has actually begun to establish itself as an alternative.