The Bitcoin mining ban in China is having an impact: In the specified regular adjustment of the difficulty level for Bitcoin mining, a drastic simplification has begun automated.

Bitcoin (BTC) experienced a historic technological break on Saturday. That’s because the difficulty level for Bitcoin mining was automatically lowered by nearly 28 percent; Bitcoin has never experienced such a violent adjustment in its history. So what happened there?

In Bitcoin’s concept, the goal is for a new block to be written to the blockchain every ten minutes or so. Each block documents a handful of validated transactions, and Bitcoin miners are rewarded with transaction fees and block rewards. A new block is created by solving a cryptographic puzzle, and the difficulty of the puzzles is always adjusted after 2,016 blocks to match the computational capacity (hashrate) on Bitcoin’s network. This dislocated mechanism aims to keep the Bitcoin system eternally stable.

At the end of June, the authorities in China started to cut off the power supply to Bitcoin miners. In doing so, they officially want to reduce power consumption by Bitcoin and prevent climate pollution. This move was immediately reflected in a slump in the BTC mining rate, as Bitcoin miners from China were previously the largest group in the world. The practical impact was felt by users on June 27, for example, when it took several times around 20 minutes for a new block to appear on Bitcoin’s blockchain. The targeted average speed for transactions on BTC was thus significantly missed. 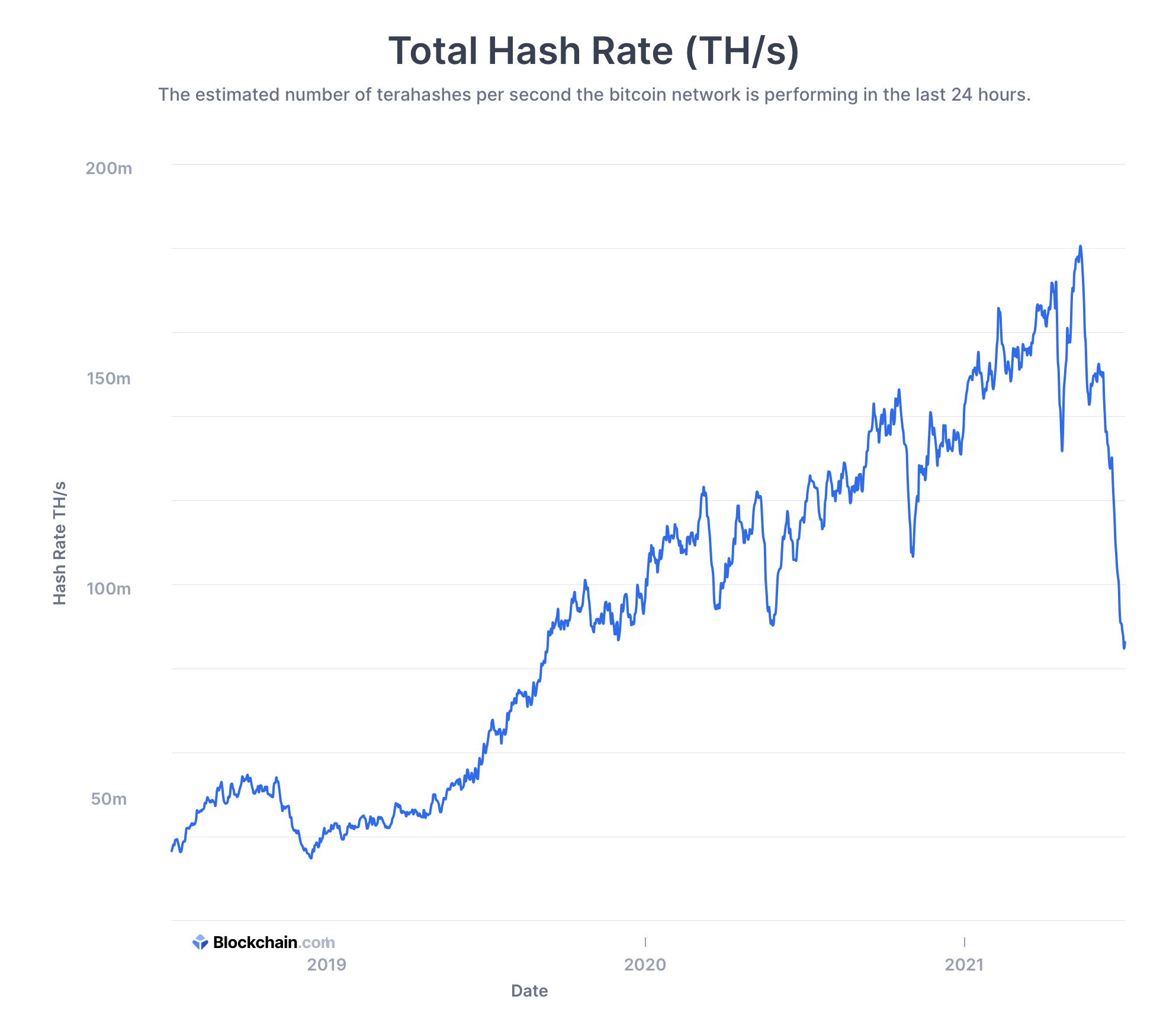 Now, the waiting time for new blocks should settle at 10 minutes again and, by the way, the transaction fees are decreasing in parallel, currently from about 10 US dollars to an average of 6 US dollars. Theoretically, the lower difficulty level also means a more profitable business for the remaining Bitcoin miners, because they have to spend less computer capacity, which reduces the expensive power consumption.

Since the hashrate of Bitcoin is measured in real time, the correction in the difficulty level for Bitcoin mining was predictable. No lasting impact on Bitcoin’s price curve was observed; BTC continues to hover around $34,000.

What is currently happening technologically in Bitcoin demonstrates how sophisticated the system is in automatically adapting to circumstances. Those who are now worried that the security will suffer as a result of the lower hashrate can rest assured: In a historical comparison, the degree of difficulty for miners and their absolute computer capacities are still far above the levels of the first Bitcoin boom at the turn of the year 2017/8. Thus, the technological underpinnings of BTC are as robust as they were designed to be.