The price developments of leading cryptocurrencies such as Bitcoin (BTC) and Ethereum (ETH) have experienced setbacks since yesterday. Statements by US Treasury Secretary Janet Yellen are seen as the reason.

The current look at the crypto markets shows a lot of red for price losses, be it Bitcoin (BTC) or Ethereum (ETH), be it Binance Coin (BNB) or Cardano (ADA). While yesterday, Tuesday, it was still often around minus six percent for the individual values, the situation has eased somewhat overnight. Nevertheless, investors are naturally wondering whether the current trend heralds an end to the bull market that has ruled for months, or what is behind the initially surprising slump. In the analysis, the majority of experts point to U.S. Treasury Secretary Janet Yellen. She had hinted at interest rate hikes in the U.S. to reduce inflation risks and prevent the economy from overheating. The stock market initially reacted to this on traditional stock exchanges, with the large IT stocks such as Apple, Microsoft and Amazon losing ground. Then the mood on the crypto exchanges also changed in the direction of selling.

Interest rate hikes in the US as poison for the crypto market?

Those who see the plans of the US Treasury Secretary as a reason for price corrections follow the theory that interest rate hikes lower the risk appetite of investors. At high levels, they can currently realize profits, on the traditional stock market as well as through Bitcoin and Co. On the other hand, Yellen is talking about moderate interest rate increases and the crypto market has usually managed to decouple itself from the securities exchanges in upward movements. As the corrections in BTC and leading altcoins that have already occurred again also show: There continues to be a lot of room for interpretation, at least as long as the U.S. does not actually reverse course from low interest rates.

In the nervous crypto market, Dogecoin stands out again. DOGE gained another 50 percent in the last 24 hours and now ranks fourth among the major cryptocurrencies with a market capitalization of more than $85 billion. While this impressively confirms Dogecoin’s high-altitude ride, this phenomenon makes more prudent experts dither. If DOGE slips from this seemingly unreal level, the funcoin could drag the overall market with it, fears say. 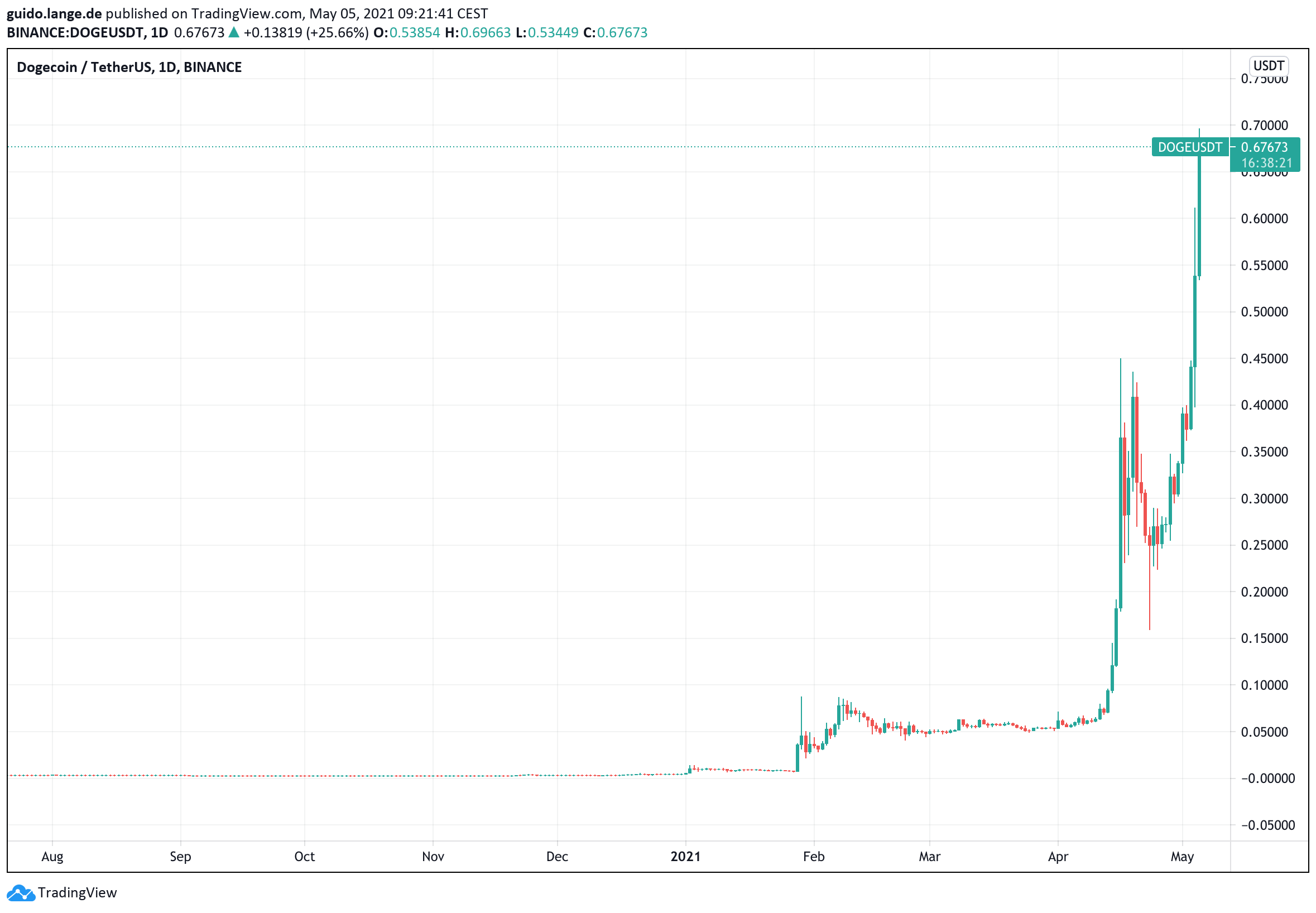 Conclusion: once again a test for Bitcoin and Co.

Considerations of higher taxation of crypto assets or stricter regulation of the crypto industry have often been the cause of temporary price losses for the lead currency Bitcoin and Altcoins. Interest rate policy and equity markets also play into the valuation. On the other hand, a more accurate risk assessment has then prevented exaggerated panic, still the TOP 15 most capitalized cryptocurrencies are almost consistently trading near all-time highs and have recorded at least double-digit percentage gains since the beginning of the year. Whether we are currently experiencing a consolidation of the market or should we expect a phase of significant corrections? No one can answer that seriously at the moment, which is also demonstrated by the hype around Dogecoin, whether seen as a significant risk factor or a breakout profit opportunity.

You can buy doge on Binance. Open a Binance Account here and save 10% on fees for a lifetime.