The attack on the silver price under the slogan Silverqueeze doesn’t seem to be backed by the Reddit group Wallstreetbets after all. Now there are rumors that hedge funds instigated the maneuver.

The unusually volatile silver price was the top topic on Wall Street and for business journalists after the weekend. At first, many suspected that the Reddit group Wallstreetbets, made famous by the attack on the GameStop stock, was behind it. This was supported by corresponding posts and we also reported in this direction. But 24 hours later it is clear: The majority of activists at Wallstreetbets does not want to organize an attack on the silver price and rather suspects that misinformation was deliberately spread. In a much-noticed post with 84 percent approval, for example, one user describes why silver makes no sense as a target for Wallstreetbets.

After all, a closer market analysis has shown that the billionaire hedge funds targeted by Wallstreetbets are predominantly long sellers in the case of silver, i.e. they profit in the event of price increases. This is what many of the financial rebels now believe: E were hedge funds themselves, which crept in and started the Silversqueeze campaign. Thus, the established retailers would have tried to soften the momentum of the attack on Gamestop. This is another reason why Wallstreetbets runs the risk of siding morally with the hedge funds on Silversqueeze, and thus forfeiting its credibility. 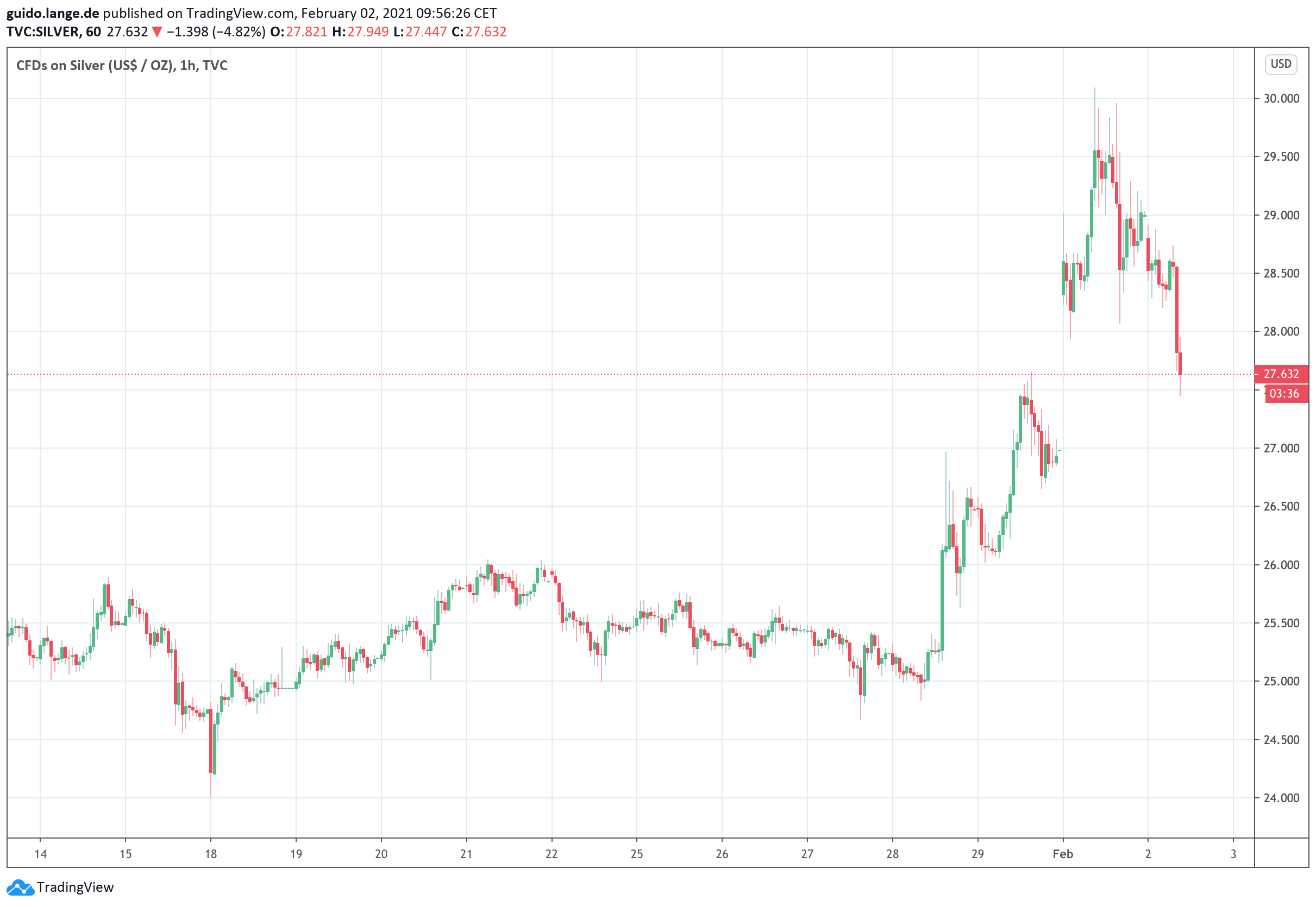 Silver market on the move

Meanwhile, the price curve for silver continues to show short-lived swings, but has initially settled at a mark of around $27. Analysts point out that silver is backed by a market capitalization of a good US$1.6 trillion. For GameStop, on the other hand, it is now in the order of 20 billion U.S. dollars, which gives concerted action a much better chance of success. Thus at Wallstreetbets the word messages accumulate, which call to bring Hedgefonds further with purchases of GameStop and also BlueBerry, Nokia and AMC into the predicament. Because there the large funds sit obviously further as short sellers in the squeeze.

Conclusion: Wallstreetbets not at the end yet

It remains a fascinating spectacle what the markets are currently experiencing. Conspiracy theories around Silversqueeze are a next highlight – at least if you are not financially involved yourself. But the losses inflicted by GameStop on Melvin Kapital, for instance, are a reality, as evidenced by a rapid buildup of capital there. It seems likely that the trial of strength between Wallstreetbets and hedge funds will continue, and as an investor you should definitely keep an eye on the current discussion and fundamental market data.