Bitcoin (BTC) has been trading sideways between $30,000 and $40,000 for a good month now. Time, then, to once again let optimistic and pessimistic price forecasts have their say.

The crypto market, which is often so highly volatile, appears calm in the early summer of 2021: The lead currency Bitcoin (BTC)  has been stuck in a price corridor between 30,000 and 40,000 US dollars for more than four weeks. 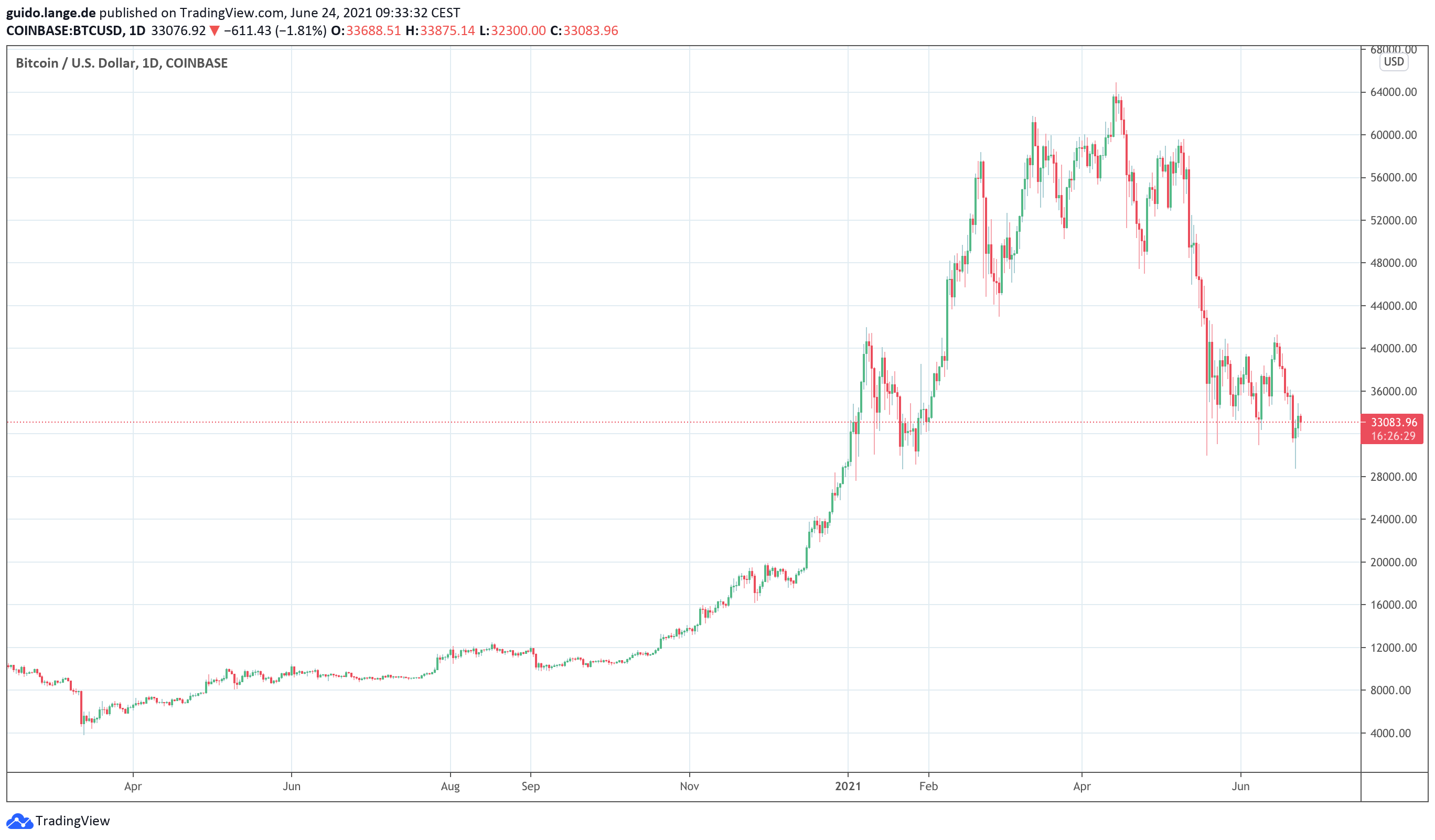 Previously, there had been a sustained high for Bitcoin from mid-October 2020 to mid-April 2021, which led from a good US$10,000 to US$64,000. Two prominent analysts have now given their opinion on the further course of Bitcoin’s price curve in 2021:

Anyone who follows the discussions about the price curve of Bitcoin also knows: Much revolves around whether a positive cycle is already over for BTC or is currently just taking a breather. If one sees Bitcoin as a store of value like gold and adds the onset of inflation, further all-time highs for BTC would be likely in 2021. If, on the other hand, one takes the view that Bitcoin’s energy consumption issues and possible tougher regulation and taxation will determine its future, BTC is likely to stagnate or fall in price.

At the current level, it is from the midpoint of $35,000 that Bitcoin experiences swings of plus/minus 15 percent. Such short-term effects in both directions are also familiar to the stock markets. The medium- and long-term outlook for Bitcoin remains naturally positive in the crypto scene. However, it is still necessary that more private and institutional capital flows in the direction of Bitcoin.