Ethereum (ETH) is currently trading at record levels. Risk-tolerant traders are currently already betting on a further doubling of the price of Ether from the end of June. What’s behind it?

At times almost 3,600 U.S. dollars, Ethereum(ETH) has recorded a new all-time high on Friday night and has meanwhile gained more than 400 percent since the beginning of the year. Market data shows that some traders firmly believe that the recent development in Ether is only the beginning of a bull cycle. That’s because options trades are piling up on Ethereum, which see ETH reaching levels of $8,000 and above by the end of June at the latest. What makes investors make such risky bets? 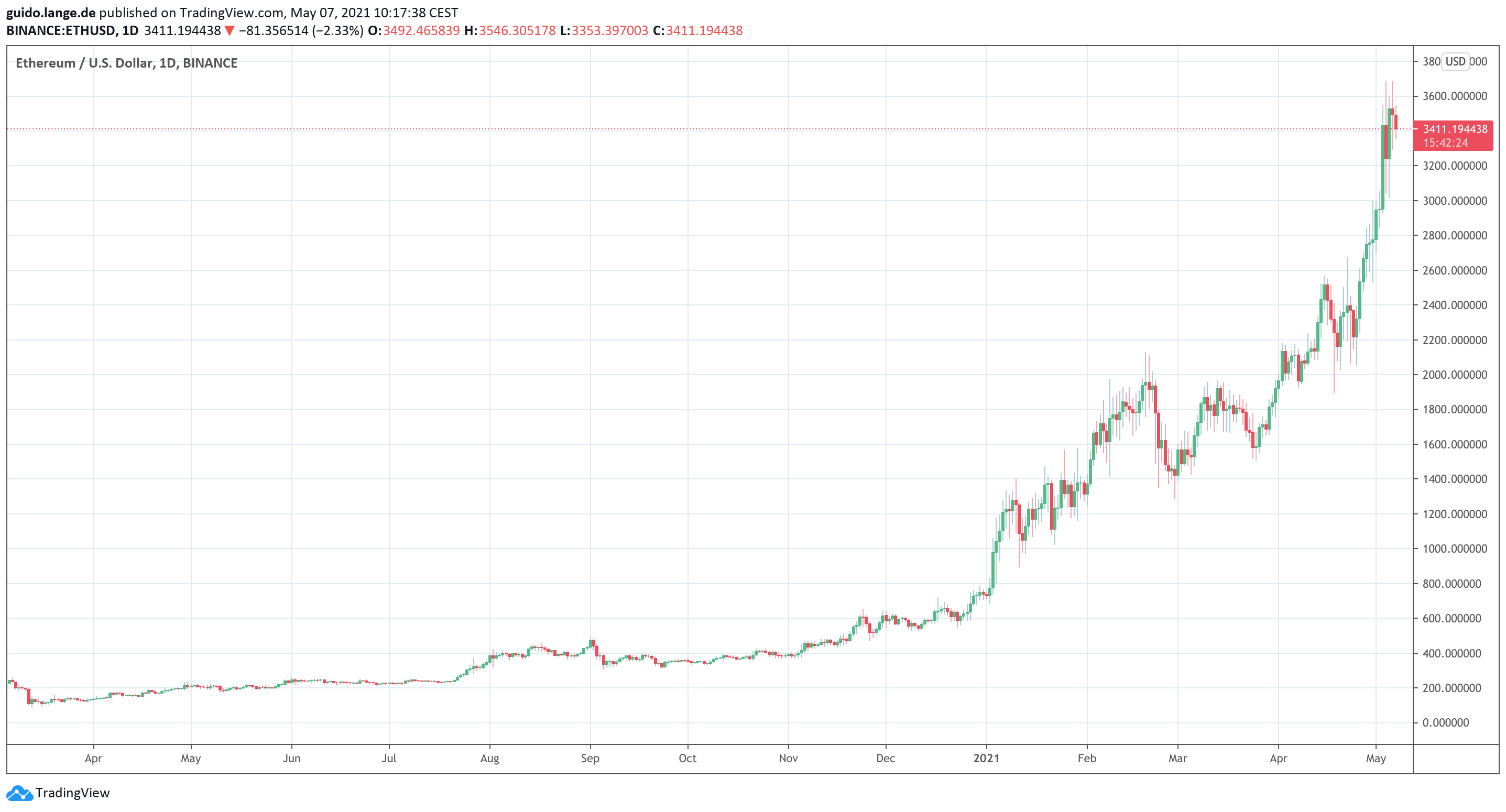 This is why the price of Ethereum could explode

In the analysis, two weighty arguments crystallize in favor of further pumps in Ethereum:

Ethereum – where does the path lead?

Now, as an investor, you should also include two other important facts about the forecasts for Ethereum in your strategy:

A more recent forecast for Ethereum sees ETH at $10,000 by the end of the year and also takes the overall market for cryptocurrencies into account as a driving moment. At a glance, it can at least be stated: A growing number of professionals are convinced that the current all-time highs of ETH still leave a lot of room for the price to rise, with EIP-1559 as the critical indicator for whether Ethereum’s followers can agree on reforms.