Ethereum (ETH), the world’s second most important cryptocurrency, is trading at a new all-time high of a good 3,100 US dollars. And a forecast by Fundstrat even sees Ether at 10,000 US dollars by the end of the year.

Looking at the overall crypto market, we can see: Ethereum (ETH) has the momentum in its favor. Today, Monday, Ether climbed above the $3,100 mark for the first time in its history, and in parallel, it can increase its share in the market capitalization of all cryptocurrencies to over 15 percent. Over the last month, Ethereum also performed significantly better than the lead currency Bitcoin (BTC), which had to record a small minus at a high level, with a gain of almost 50 percent. At the same time, ETH could not come close to keeping up with BTC at the turn of the year, when Bitcoin tripled its price within a few weeks. In a recent study, the experts at the respected analysis firm Fundstrat have explanations for why Ethereum is developing so magnificently and why they consider $10,000 to be a realistic price target for ETH as late as 2021: 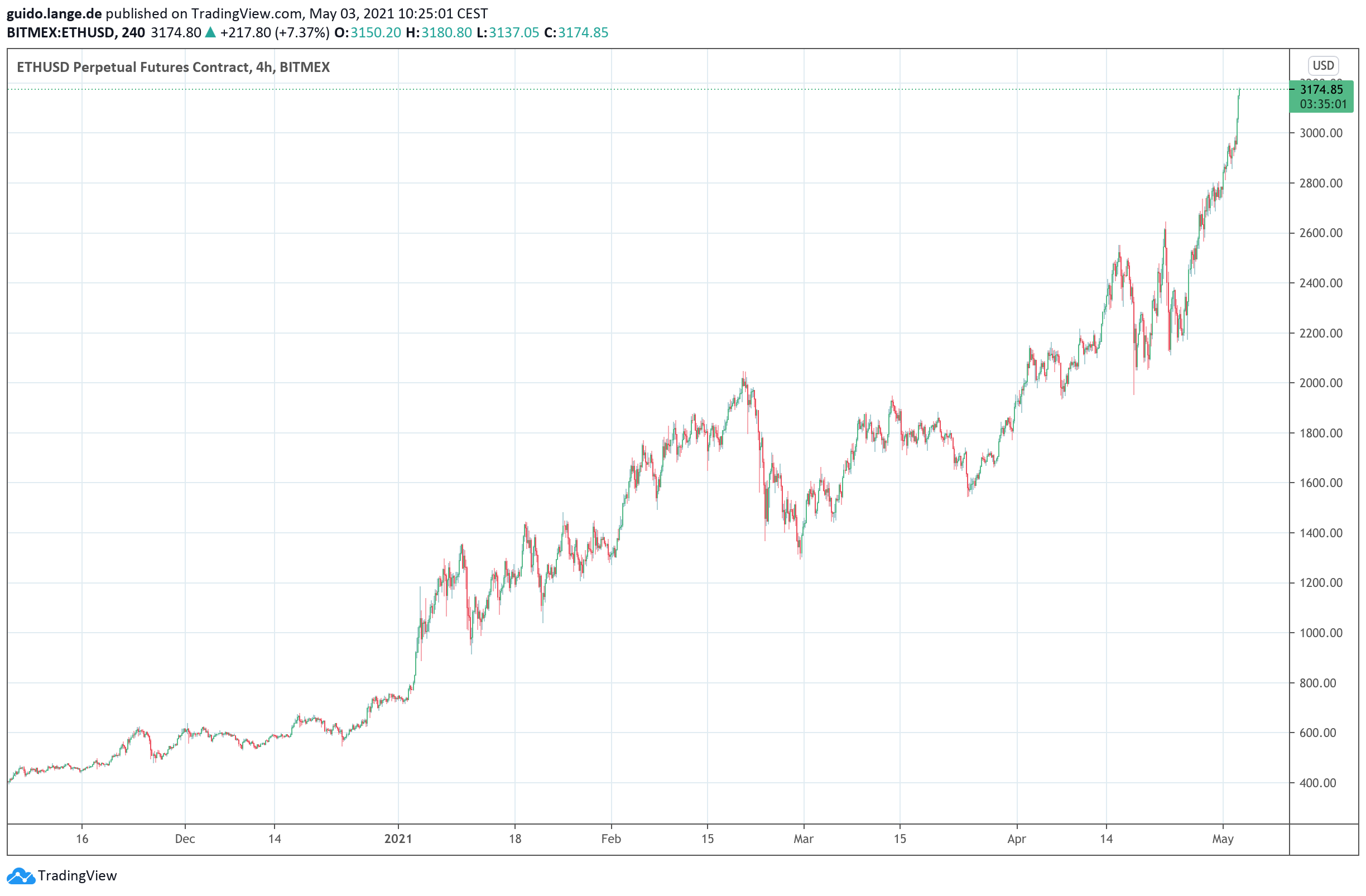 Conclusion: has the bull ride for Ethereum just begun?

ETH has been performing excellently for weeks and is currently catching up with its new all-time highs, which Bitcoin did in January and February. Fundstrat sees a sustainable trend in investments in crypto, also by institutional investors, and estimates that the combined market capitalization of Bitcoin and Co. will rise from the current $2.3 trillion to $5 trillion before the end of 2021. An important reason for this is the extremely loose monetary policy of leading central banks, which is intended to limit the economic consequences of the Corona pandemic with financial injections, but thereby also fuels considerable inflation risks. For Bitcoin, by the way, Fundstrat is sticking to its forecast of the $100,000 mark in 2021. But with topics like DeFi and NFTs as well as fundamental reforms at Ethereum, they definitely trust the silver standard among cryptocurrencies to narrow the gap between ETH and BTC with good and logical arguments. At over $3,000, ETH has in any case entered psychologically important new territory in the price curve since yesterday.